How the U.S. Air Force Is Adapting for Great Power Warfare 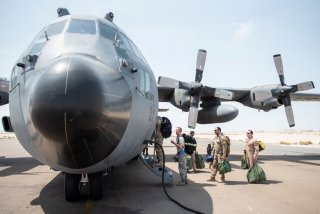 Here’s What You Need to Remember: “When it comes to future tactical lift, there is a lot we are sticking our nose into when it comes to protecting logistics under attack. There are other things out there we may need to move food and fuel in a contested space,” Nahom explained.