How the U.S. Air Force Would Fight a Second Korean War 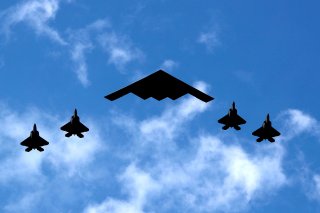 Here's What You Need to Remember: Uncertainty over where the leadership may try to hide could necessitate flying over large swathes of the country, and a stealthy bomber could also prevent neighboring countries from giving Pyongyang advance warning of their approach.