How the U.S. Army’s M4 Rifle Became a True Warfighter 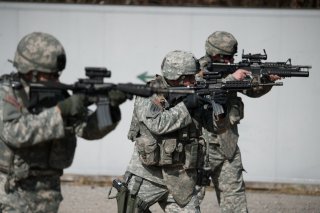 Here's What You Need to Remember: The Army is working to correct the M4’s deficiencies. Earlier bullets were designed to penetrate Soviet body armor and sacrificed lethality for armor penetration. The new M855A1 Enhanced Performance Round, aside from being lead-free and “green,” yaws more quickly when passing through the human body, creating an internal cavity and causing massive damage.