How the U.S. Navy Could Lose the Next War 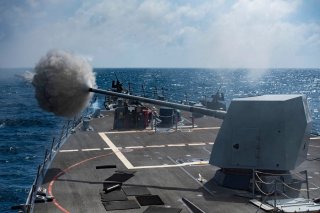 Here's What You Need to Remember: Ironically, the same problems also affect U.S.-based shipyards. Insufficient shipyard capacity and lack of skilled workers have created such a backlog that most Navy nuclear submarines are facing delays in maintenance, according to a 2019 GAO report. The Navy says it would need 20 years to improve the shipyards.

“Maintenance on surface ships based overseas took longer than planned for 50 of the 71 maintenance periods—or about 70 percent—started during fiscal years 2014 through 2018,” warned a new Government Accountability Office (GAO) report. “More than half of these maintenance delays lasted a month or longer, which reduced the ships' availability for training and operations.”

Michael Peck is a contributing writer for the National Interest. He can be found on Twitter, Facebook. or on his Web site. This article first appeared last year.