How the U.S. Navy Might Have Built a Secret Submarine Base 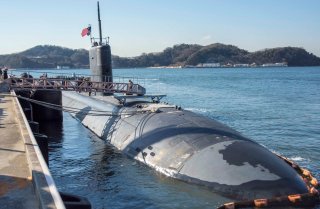 Here's What You Need To Remember: In the 1970s the Los Alamos National Lab investigated an atomic rock-drilling concept called the Nuclear Subterrene, which like Rock-Site sounds like something out of Johnny Quest, but also really happened. One wonders what might have happened had the Navy put its nuclear expertise to work drilling holes in the ocean floor.