How Is the U.S. Navy Upgrading its Destroyers? 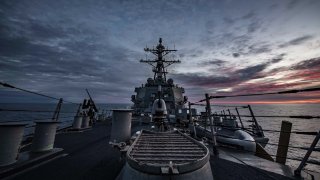 Here's What You Need to Remember: The Navy currently operates more than eighty destroyers and is adding more than ten new, upgraded Flight III DDG-51s with new radar and weapons