How the USS Thresher Disaster Forever Changed the Navy 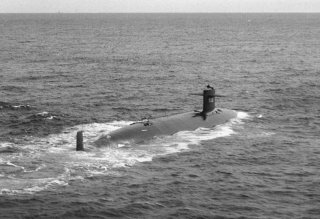 Here's What You Need to Remember: “The loss of Thresher initiated fundamental changes in the way we do business—changes in design, construction, inspections, safety checks, tests, and more,” said Vice Admiral Bruce DeMars, the Navy’s chief submarine officer in 1988 marking the twenty-fifth anniversary of the loss of the boat. “We have not forgotten the lessons learned. It’s a much safer submarine force today.”

Peter Suciu is a Michigan-based writer who has contributed to more than four dozen magazines, newspapers and websites. He regularly writes about military small arms, and is the author of several books on military headgear including A Gallery of Military Headdress, which is available on Amazon.com. This article is being republished due to reader interest.​