How Vietnamese Pilots Gave the U.S. Air Force a Run for Its Money 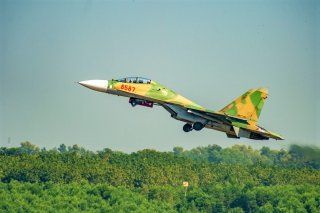 Here's What You Need to Remember: Unlike American pilots, most of whom returned home after a single tour of duty, many Vietnamese pilots served for most of the conflict. Because there were so many American planes and fewer Vietnamese fighters, the best pilots racked up more aerial victories. In all, there were 16 Vietnamese aces recognized in the war.