How Worried Should the U.S. Navy Be About China's Type 055 Destroyers? 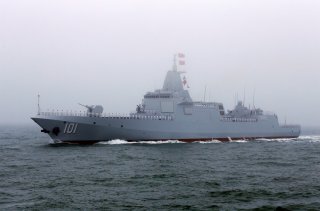 Here's What You Need to Know: The U.S. Navy needs to figure out its procurement and shipbuilding policies soon in order to credibly approach design of the next big surface combatant. As the Ticonderogas continue to age, they will leave a gap that a new large warship needs to fill, even if it is never likely to meet the Type 055 in direct combat.

On July 3, 2018, Dalian shipyard launched two of the big new ships, with some reports suggesting that the class may extend to twenty-four vessels. The ships are large and have more VLS cells than Flight III Arleigh Burke destroyers, although the latter still exceed the former in sensor integration and other capabilities.