How Worried Should We Be About China's Anti-Ship Ballistic Missiles? 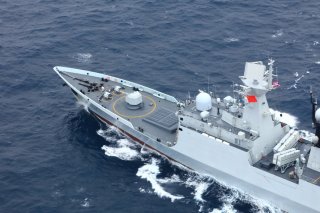 Here's What You Need to Remember: The ASBM is essentially a sea denial/anti-access weapon, not a sea-control weapon. It cannot prevent the USN from killing Chinese ships, only change the method by which the Americans do so.

The DF-21D anti-ship ballistic missile (ASBM) has generated a tremendous amount of interest over the past several years. If it works, it poses a very serious threat to U.S. Navy (USN) carriers, as well as to the other advanced warships of the USN, of the Japanese Maritime Self Defense Force, and others.