How Would North Korea's Tanks Hold Up in Modern Warfare? 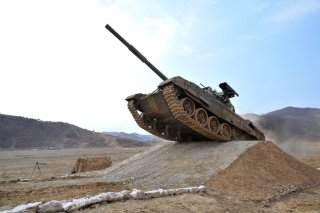 Here's What You Need to Remember: The Chonma-ho’s more advanced features are why it’s been a successful North Korean export to Iran, which has a particular affinity for North Korean technology.