How Would Nuclear Weapons Have Changed The Korean War? 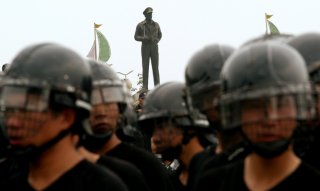 Here's What You Need to Remember: The United States would have caused dreadful pain to uncertain strategic advantage, potentially pushing the Communist powers to escalate.  The physical and human terrain of Korea would have endured awful suffering.