Is Humanity Actually Able to Successfully Plan for the Long-Term Future and Avoid Crises? 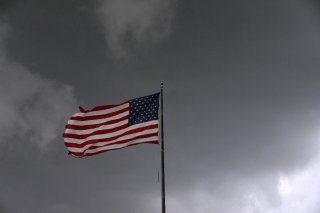 “Discounting the future” may well be a common habit. But I don’t think that this is an inevitable consequence of how our brains are wired or an enduring legacy of our primate ancestry. Our proclivity to short-termism has been socialised. It is a result of the ways we are socially and politically organised today.

Businesses prioritise short-term profits over longer term outcomes because it appeals to shareholders and lenders. Politicians dismiss long-term projects in favour of quick-fix solutions promising instant results which can feature in campaign literature that is distributed every four years.

At the same time, we are surrounded by examples of highly sophisticated, and often well-financed, tools for risk management. The major public works projects, vital social security systems, sizeable military assemblages, complex financial instruments, and elaborate insurance policies which support our contemporary way of life attest to the human capacity to plan and prepare for the future when we feel compelled to do so.

In recent months, the vital importance of emergency preparedness and response systems in managing the COVID-19 crisis has come into full public view. These are highly complex systems which employ horizon scanning, risk registers, preparedness exercises and a variety of other specialist methods to identify and plan for future emergencies before they happen. Such measures ensure that we are prepared for future events, even when we are not entirely sure when (or if) they will materialise.

While we could not predict the scale of the outbreak of COVID-19, previous coronavirus outbreaks in Asia meant we knew it was a possibility. The World Health Organization (WHO) has been warning about the risks of an international influenza pandemic for many years now. In the UK, the 2016 national preparedness project Exercise Cygnus made abundantly clear that the country lacked the capacity to adequately respond to a large-scale public health emergency. The danger was clearly identified. What was required to prepare for such a calamity was known. What was lacking was the political will to provide adequate investment in these vital systems.

In many western nations the ascendance of neoliberalism (and accompanying logic of austerity) has contributed to the defunding of many critical services, including emergency preparedness, upon which our safety and security depend. This is in sharp contrast to countries including China, New Zealand, South Korea, and Vietnam where a commitment to both preparedness and response has ensured a rapid suppression of the disease and the minimisation of its disruptive potential to lives and the economy.

While such a diagnosis may first appear to be bleak, there is good reason to find within it some hope. If the causes of short-termism are a product of the ways we are organised, then there is an opportunity for us reorganise ourselves to address them.

Recent studies suggest that the public not only recognises the risk of climate change, but are demanding urgent action be taken to stave off this existential crisis. We cannot allow the death and destruction of COVID-19 to have been in vain. In the wake of this tragedy, we must be prepared to radically rethink how we organise ourselves our societies and be prepared to take ambitious actions to ensure the security and sustainability of our species.

Our capacity to deal not only with future pandemics, but larger-scale (and perhaps not unrelated) threats including climate change will require us to exercise the human capacity for foresight and prudence in the face of future threats. It is not beyond us to do so.

How to change the world

As much as short-termism and structural issues have come to play out in analyses of the pandemic, those focused on the longer term keep arguing that this is the time for change.

The COVID-19 pandemic has led to a slew of people arguing that this is a once-in-a-generation moment for transformation. Government responses, these writers say, must drive far-reaching economic and social change relating to energy and food systems, otherwise we will be vulnerable to more crises in the future. Some go further and claim a different world is possible, a more equitable and sustainable society less obsessed with growth and consumption. But transforming multiple systems simultaneously is not an easy task, and it is worth understanding better what we already know about transformations and crisis.

History shows us that crisis does indeed create a unique chance for change.

A classic example is how the oil crisis in 1973 enabled the transition from a car-based society to a cycling nation in the Netherlands. Prior to the energy crisis there was growing opposition to cars, and a social movement emerged in response to the increasingly congested cities and the number of traffic related deaths, especially children.

Another example is the Black Death, the plague that swept Asia, Africa, and Europe in the 14th century. This led to the abolition of feudalism and the strengthening of peasants rights in Western Europe.

But while positive (large-scale) societal change can come out of crises, the consequences are not always better, more sustainable, or more just, and sometimes the changes that emerge are different from one context to another.

For example, the 2004 Indian Ocean earthquake and tsunami affected two of Asia’s longest-running insurgencies in Sri Lanka and the Aceh province in Indonesia very differently. In the former, the armed conflict between the Sri Lankan government and the separatist Liberation Tigers of Tamil Eelam deepened and intensified by the natural disaster. In Aceh meanwhile, it resulted in a historic peace agreement between the Indonesian government and the separatists.

Some of these differences can be explained by the long histories of the conflicts. But the readiness of different groups to further their agenda, the anatomy of the crisis itself, and the actions and strategies following the initial tsunami event also have important parts to play.

It comes as no surprise, then, that the opportunities for change can be seized by self-interested movements and therefore can accelerate non-democratic tendencies. Power can be further consolidated among groups not interested in improving equity and sustainability. We see this right now in places like the Philippines and Hungary.

With many clamouring for change, what gets left out of the discussion is that the scale, speed, and quality of transformations matter. And more importantly, the specific capabilities that are needed to navigate such significant change successfully.

There is often a confusion about what kinds of actions actually make a difference and what should be done now, and by whom. The risk is that opportunities created by the crisis are missed and that efforts – with the best of intentions and all the promises of being innovative – just lead back to the pre-crisis status quo, or to a slightly improved one, or even to a radically worse one.

For example, the financial crisis of 2008 was seized on by some as a moment to transform the finance sector, but the strongest forces pushed the system back to something resembling the pre-crash status quo.

Systems that create inequality, insecurity, and unsustainable practices are not easily transformed. Transformation, as the word suggests, requires fundamental changes in multiple dimensions such as power, resource flows, roles, and routines. And these shifts must take place at different levels in society, from practices and behaviours, to rules and regulations, to values and worldviews. This involves changing the relationships among humans but also profoundly change the relationships between humans and nature.

We see efforts now during COVID-19 to – at least in principle – commit to these kinds of changes, with ideas once viewed as radical now being deployed by a range of different groups. In Europe, the idea of a green recovery is growing. The city of Amsterdam is considering implementing doughnut economics – an economic system that is intended to deliver ecological and human wellbeing; and universal basic income is being rolled out in Spain. All existed before the COVID-19 crisis and have been piloted in some cases, but the pandemic has put rocket boosters under the ideas.

So for those that seek to use this opportunity to create change that will ensure the long-term health, equity, and sustainability of our societies, there are some important considerations. It is critical to dissect the anatomy of the crisis and adjust actions accordingly. Such assessment should include questions about what type of multiple, interacting crises are occurring, what parts of the “status quo” are truly collapsing and what parts remain firmly in place, and who is affected by all of these changes. Another key thing to do is to identify piloted experiments that have reached a certain level of “readiness”.

It is also important to deal with inequalities and include marginalised voices to avoid transformation processes becoming dominated and co-opted by a specific set of values and interests. This also means respecting and working with the competing values that will inevitably come into conflict.

How we organise our efforts will define our systems for decades to come. Crises can be opportunities – but only if they are navigated wisely.