Hypersonic Missiles, Not Aircraft Carriers, are the Best Military Weapon 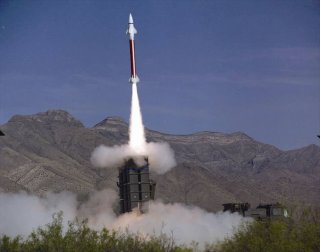 Here's What You Need to Remember: The Chinese People’s Liberation Army on Oct. 1, 2019 revealed a new hypersonic missile that could pose a major threat to U.S. forces in the Pacific region.

David Axe served as Defense Editor of the National Interest. He is the author of the graphic novels War Fix, War Is Boring and Machete Squad. This article first appeared in October 2019 and is being republished due to reader interest.