I Served Aboard USS Wisconsin. This is What it Was Like 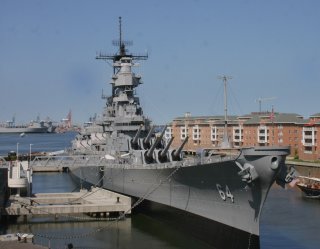 Here’s What You Need to Remember: These were brawny ships able to dish out and absorb heavy hits in duels against rival battle fleets. Gunfire was their chief weapon, stout construction their way of withstanding enemy gunfire and hitting back.