I Waged a U.S.-China War in the South China Sea (America Lost) 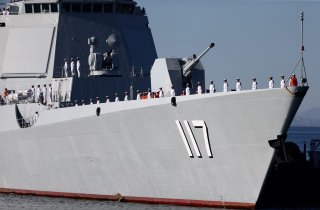 Here's What You Need To Remember: I was tempted to restart the entire scenario, but I quickly realized that no matter how many times I played it, the result was just going to be the same. The Littoral Combat Ships as configured were completely outclassed by their Chinese counterparts.

Back in 2013, I decided to conduct a small wargame--and the results were interesting, to say the least.