The IDF's Chariot Tank Is A Proven Combat Winner 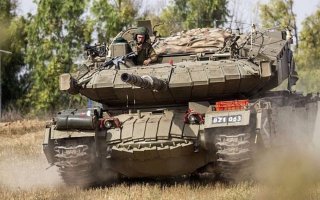 Here's What to Remember: Frequent conflict has resulted in new and progressively improved Merkava tanks.  The tank was unlike anything fielded by other armies, particularly the United States and Soviet Union. The Merkava first saw action in 1982, when it fought Soviet-made Syrian T-72 tanks in the Bekaa Valley. Merkavas destroyed several eight T-72s at ranges of up to four thousand meters, without loss to a single T-72.