If India Goes to War with Pakistan, It Will Have to Fight China Too 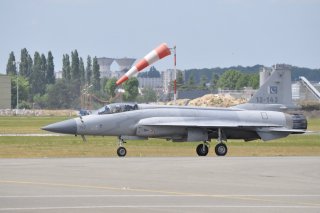 Here's What You Need to Know: The pilot also gives good marks to the JF-17 for reliability, flight characteristics, and maintenance. As the JF-17 is one of China’s “clean slate” designs, this bodes well for the reliability characteristics of the current generation of Chinese aircraft. However, the JF-17 still uses a Russian engine, and the PAF rejected offers to use Chinese engines in their JF-17s in 2015. Engines remain a critical weakness in the Chinese aerospace industry.