If Japan Didn't Surrender, America Would Have Leveled It With Battleships 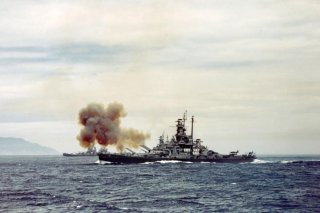 Key Point: The U.S. Navy dealt with its surplus of battleships by launching raids along the coast of Japan.

Dr. Robert Farley, a frequent contributor to TNI, teaches at the Patterson School of Diplomacy and International Commerce at the University of Kentucky. He is the author of the Battleship Book and can be found at @drfarls. The views expressed are those of the author and do not necessarily reflect the official policy or position of the Department of the Army, Department of Defense, or the U.S. Government