If North Korea Invades the South, Russian Tanks Will Stand in Kim’s Way 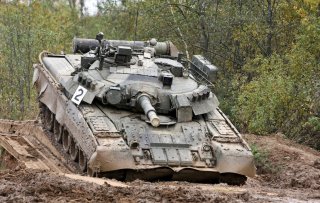 Here's What You Need to Remember: Koreans do report some advantages over the K1A1 and K2 domestic tanks. The T-80U’s engine has better acceleration performance and is lighter than the domestic tanks due to its turbine nature. Unfortunately, this also makes it consume more fuel. The reduced weight compared to domestic also allows it to be more nimble in the mountains of Korea.