If the U.S. Attacked Iran, They'd Do It With These Five Weapons 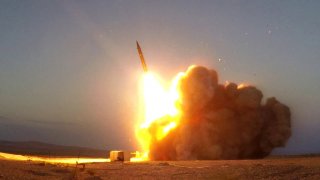 Here's What You Need To Remember: Although lasers still face crucial limitations, such as their ability to operate in less than perfect weather conditions, expect the Navy to work out the kinks in the years ahead. When it does, Iran’s day of reckoning may be near.