If War With Iran Breaks Out, An Amphibious Assault Would Be Bloody 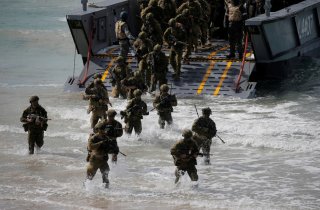 Here's What You Need to Remember: A raid would involve the deployment of an Amphibious Ready Group of amphibious assault ships and their destroyer escorts backed by at least one carrier strike group.