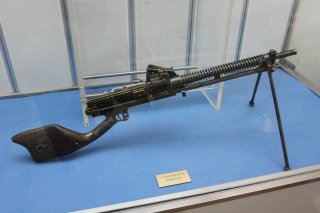 Here's What You Need to Remember: Despite the introduction of those superior weapons the Japanese Imperial Army and Special Naval Landing Forces continued to rely on the Type 11 until the end of war. Captured Type 11 machine guns were also used by both sides in the Chinese Civil War, while North Korea, the Viet Minh, and the Viet Cong all used the weapon in limited capacity.