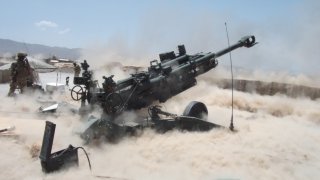 Here's What You Need to Remember: The Army is creating what one industry observer has described as an “all domain kill chain.“ One element of this is building a network of sensors that can cover the entire theater. This network will include satellites, manned aircraft such as the F-35 and high-flying TR-1, drones and various land and sea-based sensors.

Dan Gouré, Ph.D., is a vice president at the public-policy research think tank Lexington Institute. Gouré has a background in the public sector and U.S. federal government, most recently serving as a member of the 2001 Department of Defense Transition Team. You can follow him on Twitter at @dgoure and the Lexington Institute @LexNextDC. Read his full bio here. This article first appeared last year.