Is India’s Navy Ready to Counter China’s Encroachments by Sea? 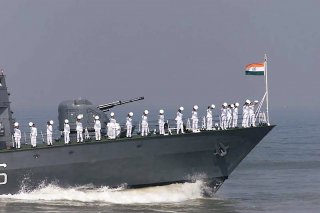 Here's What You Need To Remember: Here’s the crux of our dispute in Jaipur: the Indian dignitaries seem to think China can’t mount a naval threat to India in the Indian Ocean, whereas I think it could but has little incentive to do so. Change the incentives, though, and the situation could change abruptly—to India’s detriment.

There are worse things than fleeing the bleak New England midwinter for warmer climes—such as Jaipur, India’s famed “Pink City.” So cold was it when I departed Providence last month that the nozzle on my plane’s fuel hose froze shut, grounding the plane until the crew could unfreeze it.