India Can't Get Its Hands On Enough Aircraft Carriers 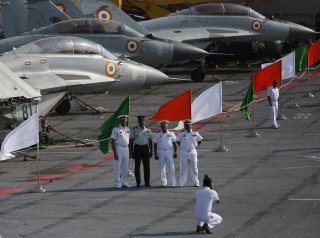 Here's What You Need to Remember: India has committed to carrier aviation, and has the resources and experience to develop a successful force.