India Is Going Full Steam Ahead With Nuclear Modernization 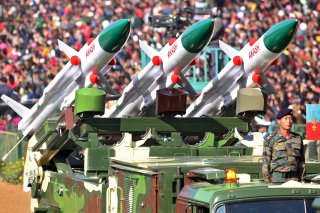 Here's What You Need to Remember: And, of course, since Pakistan and China also have nuclear weapons, Indian leaders may find that more nukes only lead to an arms race that paradoxically leaves their nation less secure.