India Is On the Market for Russian Military Hardware 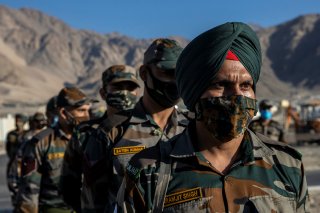 Here's What You Need to Remember: India is proceeding with the purchase of five regiments of S-400 surface-to-air missiles in a $5.43 billion, paid in Euros in order to bypass CAATSA sanctions.

Sébastien Roblin writes on the technical, historical and political aspects of international security and conflict for publications including The National Interest, NBC News, Forbes.com and War is Boring. He holds a Master’s degree from Georgetown University and served with the Peace Corps in China. You can follow his articles on Twitter. This article is being republished due to reader interest.