Is India Ready For the F/A-18 Super Hornet? 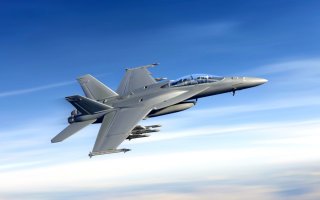 Here's What You Need to Know: The possibility of the F/A-18 entering service with the Indian Navy has been floated for some time.

The possibility of the F/A-18 entering service with the Indian Navy has been floated for some time. In the summer of 2020, Boeing utilized a ground-based ski jump at Naval Air Station Patuxent River in Maryland to demonstrate the capabilities of the F/A-18E/F Super Hornet on a short take-off but arrested recovery configured (STOBAR) aircraft carrier, such as the ones currently in service with the Indian Navy.