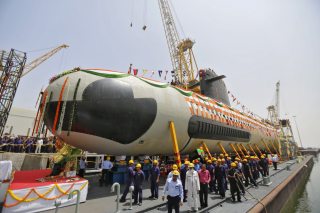 Here's What You Need to Remember: Despite significant operational differences between the submarines (one is an attack sub, and the other a ballistic missile submarine), the Indian navy used Chakra II to prepare its submarine crews for the introduction of its nuclear-powered Arihant-class submarine line in 2016.