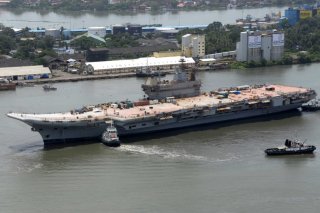 Key point: India has committed to carrier aviation and has the resources and experience to develop a successful force. However, India still faces some big decisions, including the choice of a new carrier fighter and the design characteristics of its flagship-class of fleet carriers.

India has committed to carrier aviation and has the resources and experience to develop a successful force. However, India still faces some big decisions, including the choice of a new carrier fighter and the design characteristics of its flagship-class of fleet carriers. Much will depend on how successfully India masters the difficulties of large-scale shipbuilding, and how well it integrates new technologies into the design and construction process.