Is Infinite Economic Growth a Fantasy? 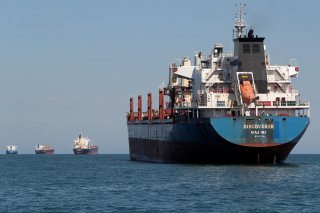 In his recent book, “Stubborn Attachments,” economist Tyler Cowen offers a brief thought experiment meant to illustrate how seemingly tiny differences in GDP growth rates generate massive wealth differences over time. What if, Cowen asks, the US economy grew at one percentage point less annually from 1870 through 1990? (Now I’m not sure if Cowen means on a nominal basis or inflation-adjusted basis. If it’s the former, growth would have been 4.7 percent instead of 5.7 percent. If it’s the latter, then 3.7 percent rather than 4.7 percent.) Cowen: “In that scenario, the United States of 1990 would be no richer than the Mexico of 1990.”

That’s not a desirable scenario for Americans. Even after an additional 30 years of growth, Mexico’s per capita GDP today on a nominal basis is still only about $10,000 vs. $65,000 for the United States. Of course, you can also go in the other direction. What if US growth had been a percentage point faster over the past 120 years? Or even the past 20 years? If real GDP growth since 1999 had been 3.2 percent rather than 2.2 percent, the economy would be generating an additional $4 trillion in total output. Pretty nice chunk of change to have right about now.

Of course, even if the math is clear, some might say it ignores environmental reality. Just another fairy tale of eternal economic growth, some might say. We are running out of Earth! Better start asteroid mining!

Now while asteroid mining may eventually be a profitable idea, it doesn’t appear that we are yet running out of Earth. In a 2018 Cato Institute paper, Gale Pooley and Marian Tupy examined the price movements of 50 basic commodities — everything from aluminum to zinc, coffee to cotton — between 1980 and 2017. Pooley and Tupy:

Counterintuitively, we found that resources have become more, not less, abundant. Our calculations confirmed the insights of the University of Maryland economist Julian Simon who observed in his 1981 book The Ultimate Resource that humans are intelligent beings, capable of innovating their way out of shortages through greater efficiency, increased supply and the development of substitutes. … The world’s resources are finite in the same way that the number of piano keys is finite. The instrument has only 88 notes, but those can be played in an infinite variety of ways. The same applies to our planet. The Earth’s atoms may be fixed, but the possible combinations of those atoms are infinite. What matters, then, is not the physical limits of our planet, but human freedom to experiment and reimagine the use of resources that we have.

That research pairs nicely with “More from Less: The Surprising Story of How We Learned to Prosper Using Fewer Resources ― and What Happens Next” from Andrew McAfee, co-founder and co-director of the Initiative on the Digital Economy and a principal research scientist at the MIT Sloan School of Management. Here is a snippet from my podcast chat with McAfee last October:

Pethokoukis: One reason that you have people who are concerned about economic growth is because they feel that we are running out of Earth and there’s no way that we can have a planet where everybody lives like Americans. It’s a very common criticism that I hear when I talk about economic growth: “We only have one Earth, and unless you’re going to bring in asteroids full of resources, we will run out of Earth.”

McAfee: Which people do talk about. Asteroid mining is a topic these days.

But the focus of your book is that we’re really not running out of Earth, are we?

That’s exactly the focus of my book. In particular, there’s a weird new chapter, I believe, in the debates that go back and forth about resources, economic growth, and the using-up of the planet. And more fundamentally, it’s about the nature of the relationship with the planet that we live on. That’s why I wrote “More from Less.”

But, Jim, I want to back up about half a century, because that was the first time where people really started to get worried about using up the earth. As you know, it was 1968 when Paul Ehrlich wrote “The Population Bomb,” we had the first Earth Day in 1970, the book “Limits to Growth” came out in 1972, and man, there was a lot of alarmism about very fast population growth in many parts of the world.

You could look ahead and see what the Earth’s population was going to do — those new people would probably want to improve their standard of living, and you could look at the resource-use trajectories and come to some really dire conclusions. That was the first wave of us thinking we were going to use up the earth. And when you read “Limits to Growth,” it is an unbelievably bleak book, because the MIT modelers who wrote it modeled the entire world economy and said, “Hey, we can’t model a version of the economy where the world doesn’t run out of resources and crash sometime in the mid–21st century.”

And we haven’t imported any asteroids filled with stuff.

That’s correct, we’ve landed zero asteroids on the Earth, and we’ve mined nothing from Mars yet. So the only explanation for what happened there is that those initial estimates were way, way too conservative because they underestimated what Julian Simon got right: As things become scarce, we go looking very hard for more resources. The price of copper rises because it’s scarcer, for example. And then we can go prospecting around the world for copper.

While we do live on a finite planet, our planet is huge — the crust of the Earth weighs five trillion tons, which is the weight of all of humanity put together. So there was this notion in the 60s of a “spaceship Earth” that was really thinly supplied as it hurtled through the cosmos. It’s a really compelling image, but I think it’s wrong. And I think it’s extremely unhelpful — especially because of what I write about in “More from Less,” which is one version of us becoming smarter in the rich world, particularly in America where the data is really clear. We are now using fewer resources year after year even as we grow our economy.

This article by James Pethokoukis first appeared in AEIdeas on June 16, 2020.