Inside Sig Sauer's Entry for the Army's M4 Replacement 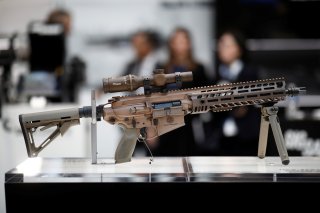 Here's What You Need to Know: Sig Sauer brings the MCX Spear to the table, sporting a familiar design to the M4.