The Inside Story: What a Solider Feels and Thinks in Combat 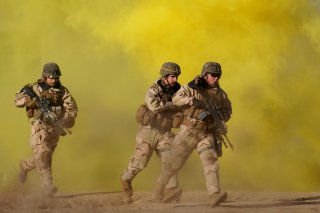 Here's What You Need to Remember: Once a service member knows battle first hand and survives, he or she will likely never be the same again

These are just a few of the physical and emotional responses soldiers reported upon their first combat experience.

I found the questions regarding emotional response much more enlightening. While anticipation was the one emotion most experienced by soldiers before combat, upwards of 30% reported fear before and during combat, blowing apart a macho myth that you’re not supposed to ever be scared during battle.