Internet Regulation Won't Save Us From Anti-Conservative Bias 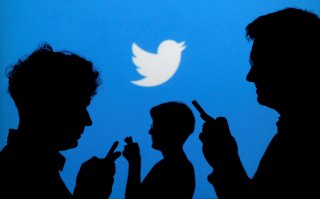 There are different definitions of American conservatism. But one commonality among the various flavors should be a desire to clearly see the world as it is. If nothing else, conservatism should be reality-based.

Unfortunately the ongoing conservative alarm about anti-conserative bias by America’s tech titans continues to fail that test. The latest incident of supposed censorship involved Google warning right-wing news site The Federalist that it would be demonetized — no Google ads on its pages — because of racist comments (Techcrunch: “Google kicked ZeroHedge off its ad platform, put The Federalist on notice for racist protest content.) As Google tweeted, “Our policies do not allow ads to run against dangerous or derogatory content, which includes comments on sites, and we offer guidance and best practices to publishers on how to comply.” Apparently, according to The Verge, The Federalist removed the comments and then turned off comments completely.

A few thoughts. For starters, this isn’t an uncommon occurrence. The company has a policy about the issue of ads displaying against comments. If websites can’t or won’t moderate comments, then Google advises putting comments on a separate page so ads can still be displayed against content. It’s not hard to believe that lots of advertisers care about the kind of content next to the ads for their products or services.

Nor are conservative sites the only ones that have run afoul of these guidelines. Here’s Techdirt editor Mike Masnick (with whom I just completed a podcast) in a post today:

Indeed, it appears what happened is exactly what Google has done to us in the past, in saying that because of certain comments people put on our stories, they were pulling any Google ads from appearing on that page. Now we’ve explained why this is a dumb policy, that only encourages bad comments on sites to try to demonetize them, but it’s not got anything to do with “anti-conservative bias.” Also, it’s just pulling ads from a single page, not across the board. … Of course, as the story got bigger and bigger and spun out of control, even Google had to come out and clarify that The Federalist was never demonetized, but rather that they called out specific comments that would lead to ads being pulled on that page. … Again, this sounds exactly like what happened to us last year. But, still, tons of people are calling the NBC story an example of anti-conservative bias. I’ll bet none of those people called this “anti-tech reporter bias” when it happened to us last year.

I have no doubt Google’s actions will be offered as powerful evidence of bias and fuel new calls on the right for regulation of Big Tech, especially social media. As it happens, The Washington Post today is reporting that the Justice Department has “urged Congress to adopt new legislation that could punish Facebook, Google and Twitter for a wide array of harmful content posted online, threatening to erode a long-cherished legal immunity that Silicon Valley says is critical to the future of the internet.”

I’m pretty skeptical of this approach, too. (For more on the Section 230 legal shield, please check out my interview with Jeff Kosseff, author of “The Twenty-Six Words That Created the Internet.”) And as they say on social media, I’ll just leave this here:

Learn more: Yet another analysis debunking the notion that social media suppresses conservative speech | How much power do we want to give Washington to decide what’s on social media? | Social media companies don’t have to be politically neutral if they want to moderate content

This article by James Pethokoukis first appeared in AEIdeas on June 17, 2020.