Iran: Home to the Strangest Air Force on the Planet? 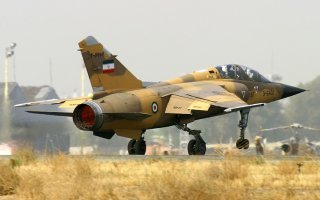 Here's What You Need to Know: Some of the “newest” warplanes in Iranian service are actually Soviet-made Su-22 Fitters of 1970s vintage.