Iran Is a Threat, But Is Far From Being a Regional Hegemon 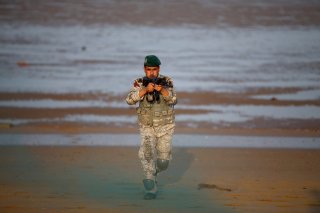 Here's What You Need to Remember: The Pentagon has rightly designated great-power competition as its top priority. It would make little sense to commit heavy resources to offset a secondary worry such as Iran—especially if the opportunity costs were losing out in the Western Pacific, the Mediterranean, or elsewhere around the Eurasian periphery.