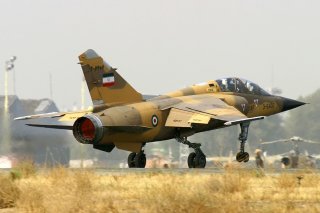 Here's What You Need To Remember: The common theme emerges that the IRIAF is patently incapable of defending the entirety of Iran’s airspace with conventional means. But provided that they have access to the right anti-air equipment and are able to use it proactively, They stand a good chance of dragging out the conflict and thereby preventing a repeat of what the USAF managed.