Iran's Mighty Missile Force Must Not Be Taken For Granted 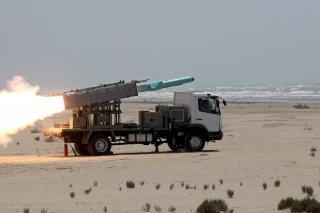 Here's What You Need To Remember: Ballistic missiles are also the most blunt prong of Iran’s deterrent strategy, which also includes the use of proxies and asymmetric naval warfare. Still, it is certainly something that U.S. Central Command has to plan for, especially as Iran and the United States come closer to fighting directly in the Syrian Civil War.

Zachary Keck is the former managing editor of The National Interest. You can find him on Twitter: @ZacharyKeck. (This first appeared back in 2017.)