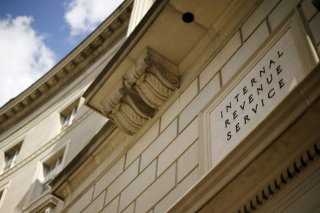 In the Coronavirus Aid, Relief, and Economic Security (CARES) Act adopted on March 27, Congress provided rebate payments — $1,200 per adult and $500 per child — to American households with incomes below certain levels. The IRS, which was required to quickly send out a large number of payments, has generally done a good, though imperfect, job.

Last week, however, the IRS made a major misstep, announcing that it plans to overrule Congress by denying some Americans payments to which they are entitled under the terms of the CARES Act. The IRS made the announcement by adding two new questions to its online list of frequently asked questions about the rebates.

Question 10 asks, “Does someone who has died qualify for the Payment?” The IRS answers, “No. A Payment made to someone who died before receipt of the Payment should be returned to the IRS.” This question and answer were probably prompted by media reports that payments have been sent to some deceased individuals.

Question 12 asks, “Does someone who is incarcerated qualify for the Payment?” The IRS answers, “No. A Payment made to someone who is incarcerated should be returned to the IRS.” The IRS explains that it is using the term “incarcerated” to refer (somewhat imprecisely) to the groups for whom Congress has suspended Social Security benefits — convicts serving their sentences, defendants who are institutionalized because they were found incompetent to stand trial or insane, persons detained under sexual-predator laws, fugitives from justice, and probation and parole violators.

Both IRS answers suffer from a glaring problem — a complete lack of legal authority. Nothing in the CARES Act denies the rebates to people who are incarcerated or who died in 2020 before receiving payments. (People who died in 2018 and 2019 may be ineligible for the payments, although the CARES Act is not clear on the matter.) As Professor Patrick Thomas of Notre Dame Law School aptly commented, the IRS position is “flat wrong” because it “contravenes the clear text” of the law. Other tax experts have also disputed the legal basis of the IRS position.

The IRS’s unilateral denial of payments to people who are legally eligible for them usurps the lawmaking power that the Constitution assigns to Congress. Professor Thomas rightly urged that the IRS policy be challenged in court if it is not rescinded.

Congress probably should have disqualified at least some of the groups that the IRS refers to as “incarcerated.” Rebate payments seem inappropriate for prisoners who are being punished for their crimes and whose basic living expenses are already being paid by the taxpayers. Nevertheless, Congress did not disqualify these groups, even though it easily could have done so by copying the Social Security benefit suspension provisions.

It is far less clear that Congress should have disqualified the recently deceased. The rebate payments could provide valuable aid to the bereaved families of those who have recently died, whether from COVID-19 or other causes. In any event, the bottom line is that Congress did not disqualify them.

Congress can, if it wishes, disqualify the incarcerated and the recently deceased from any future rebates and it probably can even retroactively disqualify them from the current rebates. But the IRS has no authority to make such decisions. Lawmaking power belongs to the people’s elected representatives in Congress.

This article by Alan D. Viard first appeared in 2020  on the AEI Ideas blog.