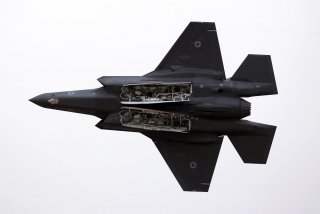 Israeli jets violated Turkish airspace in 2007 in order to destroy a nuclear reactor in northern Syria. However, a sustained air campaign traversing foreign airspace would be more difficult to execute than a one-time raid. However, the F-35 has a greater combat radius than most fourth-generation jets, due to its inability to carry extra fuel tanks without compromising stealth. Furthermore, it could more easily penetrate Iran’s air defenses, and evade detection by neutral countries, than fourth-generation jets, lowering the necessary size of a strike package.

Sébastien Roblin holds a master’s degree in conflict resolution from Georgetown University and served as a university instructor for the Peace Corps in China. He has also worked in education, editing and refugee resettlement in France and the United States. He currently writes on security and military history for War Is Boring. (This article was first published in 2019.)