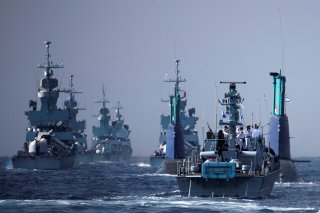 Here's What You Need to Remember: This next generation of missile boats have been seen as crucial to defending Israel’s offshore strategic natural gas industry from the threat of terrorist groups, such as the Lebanese-based Hezbollah. The vessels will be at the forefront of INS efforts to protect the more than 200-mile exclusive economic zone (EEZ), which has become a significant national asset for the Jewish state.