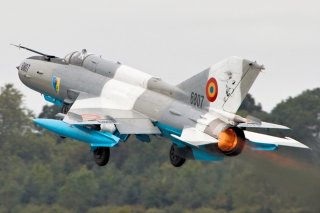 Here's What You Need to Remember: There was a poetic justice to the Israeli victory. Yet it wasn't the Israelis gloating (indeed, they initially chose to identify the victims as Egyptian). Rather, it was the Egyptians, who smarted under the condescension of their Russian advisers.

As America, Russia, and Israel today face-off in Syria, the story forty-eight years ago sounds ominously familiar. A Soviet client state—Egypt at the time—was in trouble. Humiliated by crushing defeat in the 1967 Six-Day War, Egypt's president Gamal Abdel Nasser chose to confront Israel without risking defeat in open battle: the War of Attrition of 1967–70 would see constant Egyptian artillery barrages and commando raids on Israeli positions along the Suez Canal.

There was a poetic justice to the Israeli victory. Yet it wasn't the Israelis gloating (indeed, they initially chose to identify the victims as Egyptian). Rather, it was the Egyptians, who smarted under the condescension of their Russian advisers. "There were Egyptians who could not suppress their laughter at the failure of the Russians," according to one Israeli writer [Google translation here]. "Following the battle, Nasser was forced to issue an explicit order not to laugh at the Russian instructors in the squadrons."

This first appeared in April of this year.