Israel Had a Chance to Stop the Islamic Republic of Iran 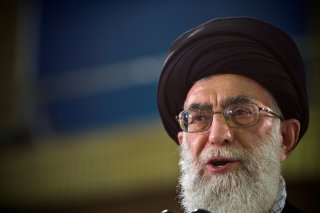 “History,” the writer Philip Roth observed, “is where everything unexpected in its own time is chronicled on the page as inevitable.” Certainly, many failed to predict Iran’s 1979 Islamic Revolution, forty-one years ago this month. But the ouster of the imperial government of Shah Mohammad Reza Pahlavi and its replacement with a theocratic totalitarian government led by Ayatollah Ruhollah Khomeini wasn’t inevitable. Indeed, it’s entirely possible that Israel, the country for whose destruction the Islamic Republic has called since its founding, could have stopped it.

In the spring of 1978, top officials in the Shah’s government asked Israel to assassinate Khomeini, who was then living in exile in France. That story, as detailed in Ronen Bergman’s 2018 book Rise and Kill First: The Secret History of Israel’s Targeted Assassinations, has largely been overlooked.

The fall of the Shah and the rise of the Islamic Republic, however, stand as perhaps the single most important event in the Middle East in the last half century. The latter is inconceivable without the figure of Ruhollah Khomeini at its forefront.

Born in 1902 in central Iran, Khomeini ascended later in life. In the late 1930s and early 1940s, the religious cleric tuned into Radio Berlin, absorbing the virulent antisemitism and anti-Western ideology of Nazi collaborators like Palestinian Arab leader Amin al-Husseini. But it wasn’t until the 1960s that “Khomeini’s political commitment came more fully to the surface,” according to Iran analyst Ray Takeyh.

The passing of prominent clerics, like Grand Ayatollah Burjuridi, as well as the burgeoning anticolonial movement increased Khomeini’s visibility and audience. The Shah’s attempts to rapidly modernize Iran, as well as his desire to forge strong ties with the West and the United States, enraged Khomeini. Nonetheless, Khomeini’s ideology “had a limited audience within the clerical community,” Takeyh noted in his 2009 work Guardians of the Revolution.

But many “Western-trained Iranian intellectuals had grown weary of Marxism and socialism” and had begun “seeing Islam as an authentic, indigenous ideology of dissent,” against both the Shah and the West. Sensing the popularity of these intellectuals among the youth and middle class, Khomeini began reworking many of their themes into his rhetoric, especially notions of Western exploitation of the Third World. In so doing, “Khomeini incorporated new ideas into his ideological lexicon, adopting a critique of the prevailing order common among Marxists,” Takeyh observes.

As Andrew Scott Cooper highlighted in his 2016 book, The Fall of Heaven, many of Khomeini’s allies didn’t share his extreme views, but instead viewed him as a “battering ram” to use against the Shah.

Khomeini fiercely opposed the Shah’s “White Revolution” which sought to transform Iran from a semi-feudal state into a modern power. Land reform and especially women’s rights sparked his ire, leading him to declare that the Shah “has embarked on the destruction of Islam in Iran.” A June 3, 1963 speech by Khomeini helped spur bloody urban riots.

As Cooper notes, the Shah and his advisers debated what to do with Khomeini, with options ranging from exile to his assassination. However, according to Parvez Sarbeti, a top official in SAVAK, the Shah’s intelligence agency, killing Khomeini wasn’t seriously considered at this point. Eventually they settled on a brief house arrest. By August 1964, the house arrest was over.

But an Oct. 27, 1964 speech railing against the Shah and the United States led to Khomeini’s forced exile. He spent eleven months in Turkey, before being sent to Najaf, Iraq.

Khomeini spent his years in exile building support, financial and otherwise. He continued to rail against the Shah and caused enough problems in his host country that Iraqi dictator Saddam Hussein offered “to get rid of” the cleric—but only if the Shah approved. He didn’t, telling his aides “this is not the right action.” As Cooper highlights: “For the second time in fifteen years, the Shah saved the life of the man he knew wanted to destroy him.”

Instead, Khomeini was given refuge by the French government.

But things were steadily worsening in Iran. Civil unrest and dissent were becoming commonplace. Khomeini used his Paris headquarters to direct protests and attacks against the Shah’s government. To make matters worse, the United States was increasingly relying on the Kingdom of Saudi Arabia for its oil needs. That this occurred during a period in which the Shah was spending big to modernize Iran made it more painful.

On Jan. 16, 1979, the Shah and his family fled their homeland for Egypt. The next day, Iran’s prime minister, Shaphour Baktiar, asked the new Mossad station chief, Eliezer Tsafir, to kill Khomeini in Paris. At the time Israel had close security ties with Iran. The benefits, Bergman notes, were obvious, “It was possible that a hit would divert the course of history and prevent Khomeini, who made his views on Israel and the Jews quite clear, from seizing power in Iran.”

The Mossad debated Baktiar’s proposal. One divisional head argued that it was best to let Khomeini go back to Iran, believing that “he won’t last” because “he represents Iran’s past, not its future.” The agency’s director, Yitzhak Hofi, said he was “opposed to the use of assassinations against political leaders.” Ultimately, the agency chose not to assassinate Khomeini.

On Feb. 1, 1979, Khomeini returned to Iran. Discarding and murdering many of his temporary leftist allies, he consolidated power, building a brutal regime. According to Cooper, from 1979 until his death in 1989, Khomeini’s regime murdered an estimated 12,000 “monarchists, liberals, leftists, homosexuals, and women”—3,000 in one week in July 1988 alone. Iran has murdered thousands more since.

The rise of the Islamic Republic forever changed the Middle East.

The existence of an Islamic state, in which Islamic law reigned supreme, inspired a new generation of Islamists, including future al-Qaeda leaders Osama bin Laden and Ayman al-Zawahiri. Via its terror proxies, the Islamic Republic would seek to construct an Islamist empire, fashioned out of Lebanon, Iraq, and Syria, with ambitions to destroy Gulf monarchies in Bahrain and elsewhere and to “annihilate” Israel.

The historian Fritz Stern memorably called World War I “the first calamity of the twentieth century, the calamity from which all other calamities sprang.” In the post-Cold War era, the same might also be said about Ayatollah Khomeini seizing power. And it is entirely possible that Israel could have changed it. As Winston Churchill observed of the Great War, “the terrible ifs accumulate.”

Sean Durns is a Washington D.C.-based foreign affairs analyst. His views are his own. This article first appeared earlier this year and is being republished due to reader interest.