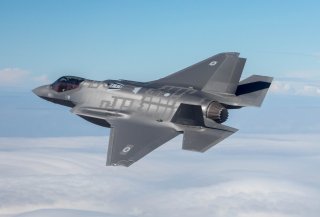 Here's What You Need To Remember: Israeli defense minister Naftali Bennett described Iran as an octopus, threatening that “Wherever you send those octopus arms, we will hack them off.” He also warned they might consider attacking the Octopus' ‘head’—ie, Tehran—if the attacks continue.

On November 19 of last year, four unguided artillery rockets arced out from Syrian territory into Israeli airspace in northern Galilee in the Golan Heights. These were detected and promptly destroyed by Israel’s Iron Dome air defense system.

What prompted this ineffectual attack from Iranian forces?

Like the Ouroboros, the snake that is forever preoccupied devouring its own tail, the side-show war between Israel and Iranian forces in Syria seemingly stretches out into an infinite series of violent affronts repaid in kind.

Since 2013, Iran has built up a military presence in Syria not only to combat rebels opposing the Syrian government under Bashar al-Assad, but to build up a military infrastructure that could pressure Israel, including by transferring arms to proxies like Hezbollah. Over that same period of time, Israel has retaliated with hundreds of airstrikes blasting the Iranian bases.

For example, in August, Israel warplanes killed two people in an attack described as pre-empting a scheme to deploy a swarm of drones to attack targets in Israel.

Several commentators have connected the November 19 rocket attack is being a response to Israel’s assassinated Bahaa Abu al-Ata, the commander of Palestinian Islamic Jihad, with a surprise air strike in Gaza on November 12. The same day, Syria reported a reported missile attack on the home of another PIL leader living in Damascus named Akram al-Ajouri, killing his son and one bystander.

Palestinians then responded by launching hundreds of rockets at Isareli targets, and the IDF retaliated against that with more air strikes in a surge of fighting that lasted for two days.

Thus, Israel’s retaliation for the November 19 rocket attack was inevitable. However, its scale and violence took observers by surprise.

Starting around 1:20 AM local time on February 20, Syrian radars reportedly lit up as Israeli jets approaching from the Golan Heights and through Lebanese airspace released over a dozen precision-guided missiles at targets in Syria. Israel insists it warned Syrian air defenses not to open fire.

As usual, Syria’s air defenses failed to stop the attack. In this remarkable video posted to social media, you can see the bright flashes of Syrian missiles surging into the sky in an effort to repel the Israeli assault. Terrifyingly, early in the video at least two of the missiles appears to plunge back into the city and explode after initial lift-off, perhaps confused by countermeasures or having been launched with too little fore-warning.

Also as usual, the government’s SANA news agency claimed air defense had shot down most (eleven out of eighteen) of the missiles. It described the Israeli attack as being launched a half-dozen jets approaching from Marjyoun, Lebanon, roughly thirty-five miles west of Damascus.

The most prominent target struck was a huge seven-story building dubbed the ‘Glass House’ at Damascus International Airport, used for years as the command-and-control center for Iranian Revoutionary Guard Corps forces in Syria. The large-scale intervention Qud Force and Hezbollah fighters in Syria in 2013 undoubtedly saved Bashar al-Assad’s government well before Russia’s intervention secured its position in 2015.

Post-strike satellite imagery shows the attack caused the top two stories of the building’s northeastern-wing to collapse in upon itself. According to intelligence firm ImageSat, these housed the Quds Force’s intelligence unit. A covered parking lot outside the headquarters was also demolished.

In fact, the Iranian presence at the Glass House had become so well known that it’s believed the IRGC had actually withdrawn much of its staff to a more discreet location earlier this year.

Quds Force arms depots in the suburbs of Ksweh and Qudsaya were also struck according to a report by the Syrian Observatory for Human Rights.

Israeli jets also targeted Syrian air defenses after they opened fire, destroying a half-dozen Syrian missile batteries—but not, they emphasized, the more advanced S-300 batteries which may have been hosting Russian personnel.

Indeed, it’s quite possible Syria’s two operational S-300 battalions did not engage the Israeli jets at all, despite years of Israeli anxiety surrounding Syria’s potential acquisition of the system. The IDF claims it had reported the strikes in advance with Russia. There are indications Russia may be forestalling the S-300s use against Israel as part of a mutual accommodation between Putin and Nethanyahu. Another issue is that the S-300 is optimized for medium- to long-range and altitude interception, but Israeli use of stealth jets or stand-off range missiles may have reduced detection range of the attack below those thresholds.

“The Rules Have Changed”

“We are changing the rules. Even when it comes to almost negligible attacks, whose impact is small, we are changing the equation, and our retaliatory attack will be widespread. When I looked at the south, when a small number of rockets are fired and we respond with a small retaliatory attack, then that sort of situation gets to be acceptable. We have to strike harshly [in response] to all attacks.”

Israeli defense minister Naftali Bennett described Iran as an octopus, threatening that “Wherever you send those octopus arms, we will hack them off.” He also warned they might consider attacking the Octopus' ‘head’—ie, Tehran—if the attacks continue.

Indeed, domestic factors in Iran and Israel may be incentivizing both to escalate conflict with each other.

Iran is currently consumed in riots. Pro-government militias have killed a hundred to two hundred Iranians, and Tehran has instituted a country-wide blackout of the Internet, perhaps sensing a genuine threat to its hold on power.

Meanwhile in Israel, presiding Israeli president Benjamin Nethanyahu has been indicted under serious corruption charges even as he wheels and deals in an effort to form a governing coalition in the wake of an election with inconclusive results.

In such a context, displays of outward toughness to foreign enemies may become more attractive to divert public attention and generate favorable media coverage.

Given the ouroboros of endless retaliation, nobody expects the latest Irsaeli attack to have put a definite cork in the proxy war between Israel and Iran that has ranged for the last six years.

As conflict intelligence website T-intell.com put it succinctly: “Given the high-number of IRGC casualties and magnitude of the attack, Iran is expected to retaliate militarily against Israel.”

Sébastien Roblin holds a master’s degree in Conflict Resolution from Georgetown University and served as a university instructor for the Peace Corps in China. He has also worked in education, editing, and refugee resettlement in France and the United States. This article first appeared last year.