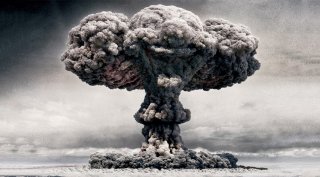 Key Point: The country will likely not declare itself a nuclear power any time soon; ambiguity over ownership of nukes has served the country very well.

In a private email leaked to the public in September of 2016, former secretary of state and retired U.S. Army general Colin Powell alluded to Israel having an arsenal of “200 nuclear weapons.” While this number appears to be an exaggeration, there is no doubt that Israel does have a small but powerful nuclear stockpile, spread out among its armed forces. Israeli nuclear weapons guard against everything from defeat in conventional warfare to serving to deter hostile states from launching nuclear, chemical, and biological warfare attacks against the tiny country. Regardless, the goal is the same: to prevent the destruction of the Jewish state.

This first appeared in April 2017 and is being republished due to reader interest.