Israel Put These 4 American Weapons to Good Use... After Some Modifications 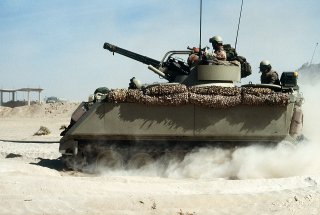 Here's What You Need to Know: Israel was one of the first customers for the American F-15 fighter. It has served admirably as the backbone of the Israeli Air Force (IAF) throughout the late 1970s to the present day.