Israels Appetite for the F-35 is Not Yet Satiated 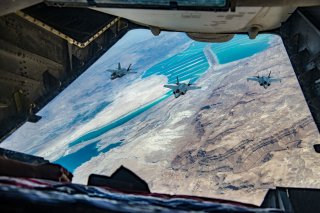 Here's What You Need to Remember: America wants to sell more F-35Is to Israel and the IDF is buying. Also, Congress is required to help Israel maintain a military edge against its neighbors.