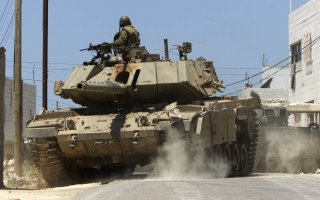 Here's What You Need to Know: This tank has seen many fights.