It’s No Nuke, But This Russian Artillery System Kills Like One 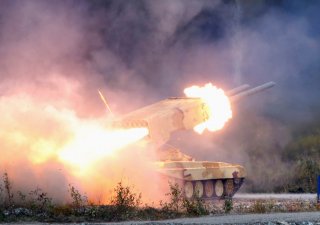 Here's What You Need to Remember: A TOS-1 rocket barrage will wipe out everything within the two-hundred-by-three-hundred-meter blast zone. This is problematic when the weapon is employed against targets amid an urban civilian population—typical of much of the fighting in Iraq, Syria and Ukraine.